A case study of hurdle and generalized additive models in
astronomy: the escape of ionizing radiation

The dark ages of the Universe end with the formation of the first generation of stars residing in primeval galaxies. These objects were the first to produce ultraviolet ionizing photons in a period when the cosmic gas changed from a neutral state to an ionized one, known as Epoch of Reionization (EoR). A pivotal aspect to comprehend the EoR is to probe the intertwined relationship between the fraction of ionizing photons capable to escape dark haloes, also known as the escape fraction (fesc), and the physical properties of the galaxy.

This work develops a sound statistical model suitable to account for such non-linear relationships and the non-Gaussian nature of fesc. This model simultaneously estimates the probability that a given primordial galaxy starts the ionizing photon production and estimates the mean level of the fesc once it is triggered.

We show that the baryonic fraction and the rate of ionizing photons appear to have a larger impact on fesc than previously thought. A naive univariate analysis of the same problem would suggest smaller effects for these properties and a much larger impact for the specific star formation rate, which is lessened after accounting for other galaxy properties and non-linearities in the statistical model. 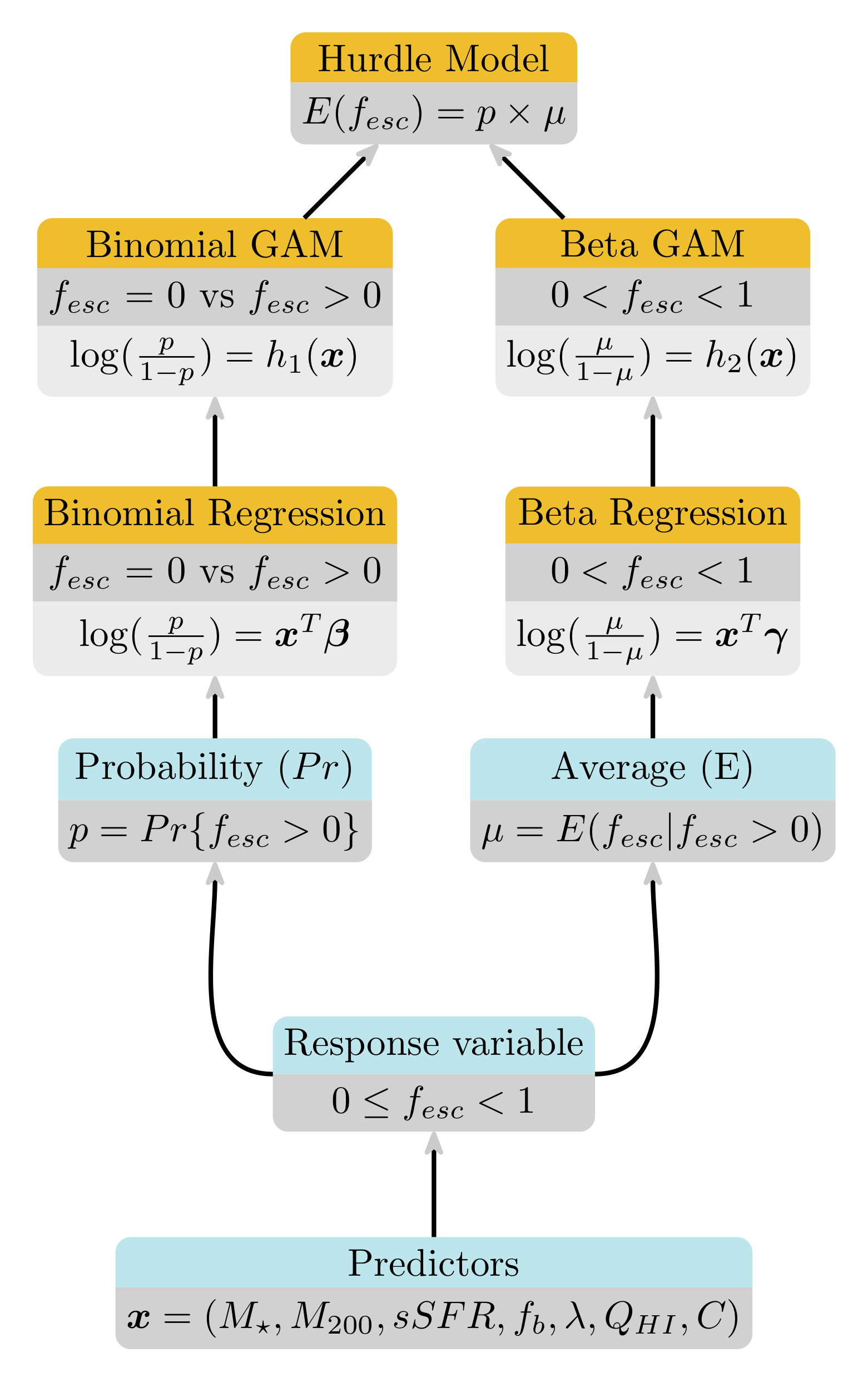 A visual representation of the hurdle statistical model used to analyse the escape of ionising photons as function of the early dark halo properties.