This work determines the degree to which a standard Lambda-CDM analysis based on type Ia supernovae can identify deviations from a cosmological constant in the form of a redshift-dependent dark energy equation of state w(z).

We introduce and apply a novel random curve generator to simulate instances of w(z) from constraint families with increasing distinction from a cosmological constant. After producing a series of mock catalogs of binned type Ia supernovae corresponding to each w(z) curve, we perform a standard Lambda-CDM analysis to estimate the corresponding posterior densities of the absolute B-band magnitude of type Ia supernovae, the present-day matter density, and the equation of state parameter.

Using the Kullback-Leibler divergence between posterior densities as a difference measure, we demonstrate that a standard type Ia supernova cosmology analysis has limited sensitivity to extensive redshift dependencies of the dark energy equation of state. In addition, we report that larger redshift-dependent departures from a cosmological constant do not necessarily manifest easier-detectable incompatibilities with the Lambda-CDM model.

Our results suggest that physics beyond the standard model may simply be hidden in plain sight. 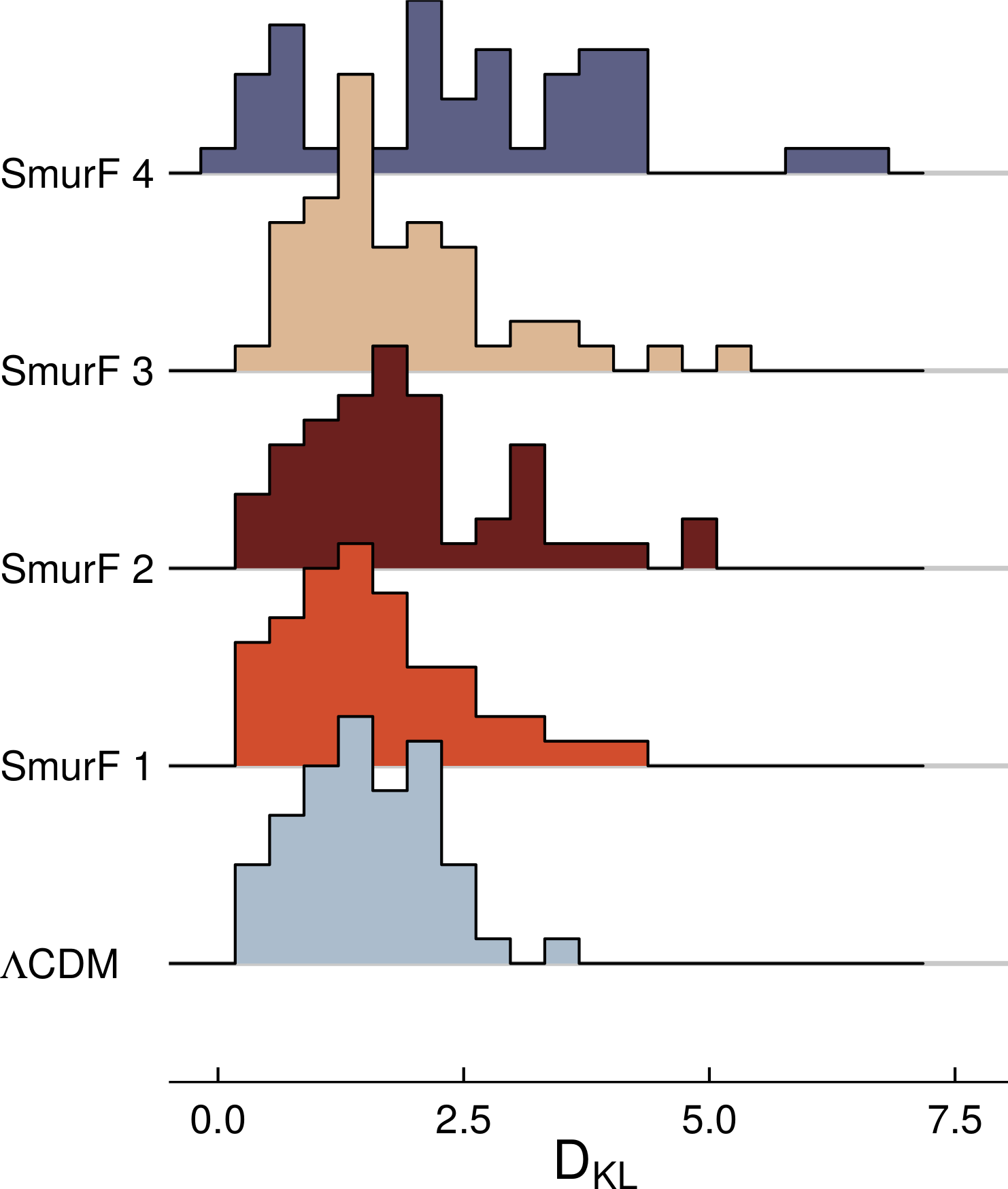 Distributions of statistical difference measures between the Lambda-CDM, hypothetical exotic universes and our own.