Fear of the dark: Caveats of using supernovae to probe the nature of dark energy 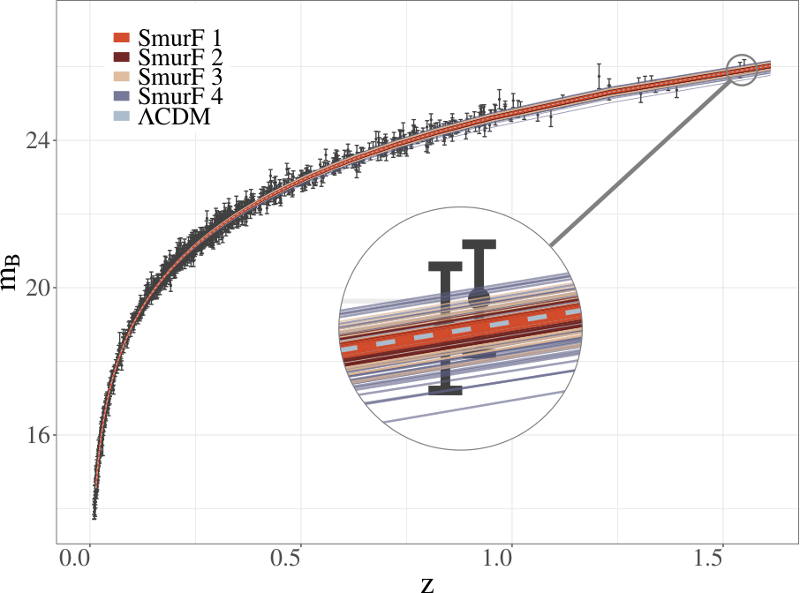 Supernova peak magnitudes as a function of redshift, for the Lambda-CDM model and different equations of state.

The Cosmostatistics Initiative (COIN) reports an intriguing result suggesting that unraveling the nature of dark energy can be trickier than previously thought. Their recent work presents a stress test for our current capabilities to detect deviations from the standard model of cosmology. In other words, if dark energy differed from the Lambda-CDM model, would we be able to verify it? As it turns out, there are some issues.

The standard model includes dark energy as a cosmological constant to explain the accelerated expansion of the Universe. In this case, the dark energy equation of state as the ratio of its pressure to its energy density equals minus one. There are, however, established competing theories that assume the equation of state to be dependent on redshift, meaning that it varies over time.

Since its discovery two decades ago, dark energy has garnered the interest of cosmologists, triggering the launch of dedicated observational consortiums to probe its properties. Notable examples are the Dark Energy Survey and the Pan-STARRS1 Medium Deep Survey. Among observational probes like gravitational lenses, baryon acoustic oscillations, and galaxy clusters, one astronomical event stands out.

Type Ia supernovae, the bright deaths of certain stars in a cataclysmic explosion, are often used to constrain the dark energy equation of state, and to investigate their compliance with the Lambda-CDM model. This agreement is tested by using the standard model as the baseline hypothesis when estimating various cosmological parameters, which are then checked against theoretical predictions.

During the COIN Residence Program #5, held in September of 2018 in Chania on the Greek island of Crete, the team developed a framework to test our current capabilities to detect deviations from the Lambda-CDM model. Using a novel random curve generator, COIN members created a multitude of redshift-dependent equation of state functions that were used to simulate how type Ia supernova data would look in more exotic Universes.

Measuring the statistical difference in cosmological parameter estimates, the project demonstrates that an arbitrarily large set of potential deviations from the cosmological constant are virtually indistinguishable based on current type Ia supernova data and methodology. The analysis also shows that larger deviations do not necessarily lead to easier-detectable differences.

These results suggest that physics beyond the standard model may simply be hidden in plain sight. 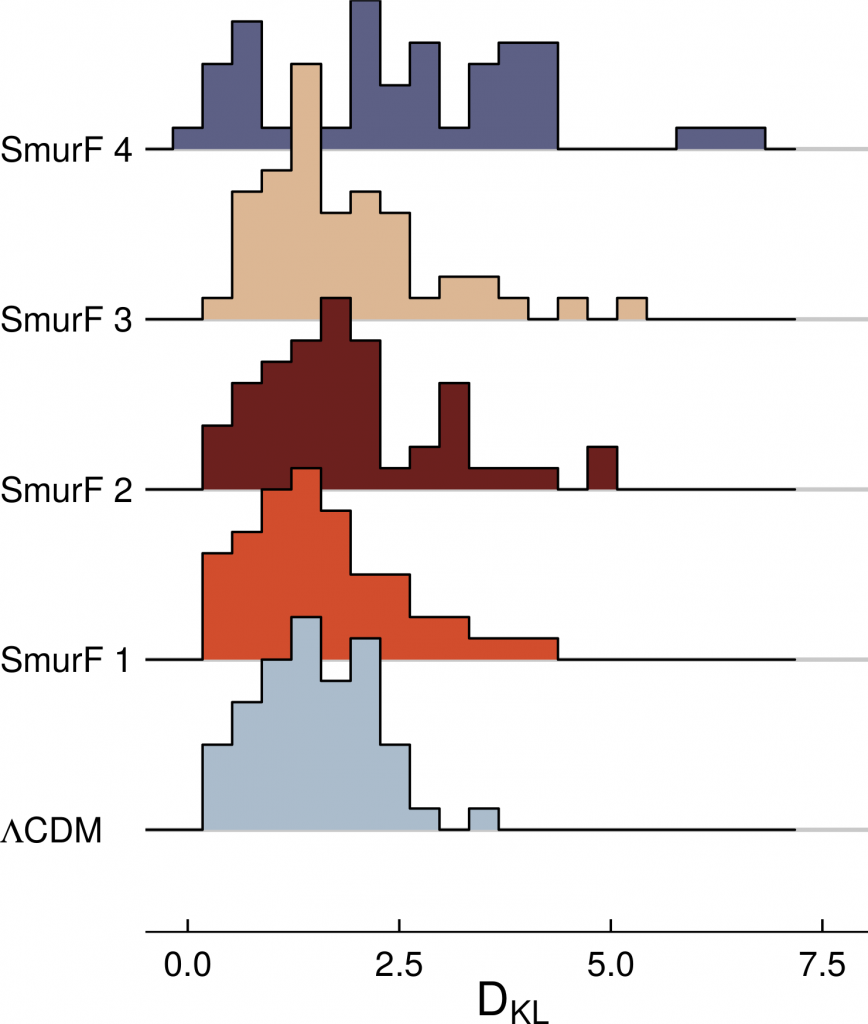 Distributions of statistical difference measures between Lambda-CDM, hypothetical exotic universes, and our own.